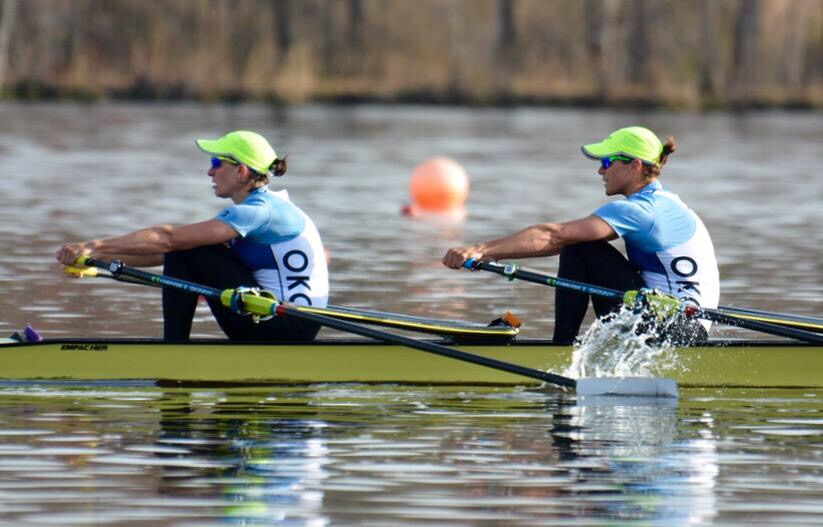 Two weeks ago, the USRowing National Selection Regatta I opened the beginning of the 2015 racing season for elite rowing in the United States and with it, a major step on the road to Rio.

As we have for the past couple of years, Ellen Tomek and I competed in the women’s double sculls event. For the third consecutive year, we won the NSR and the opportunity to compete at a World Cup to hopefully solidify our spots on the 2015 United States National Team. This year is especially significant as the 2015 World Championships in September will double as the Olympic qualification regatta; which means the results will determine which events the United States qualifies for the 2016 Summer Olympics.

There is a running joke that the NSRs unfailingly bring out the worst of conditions on Mercer Lake. In my short rowing career, I’ve only experienced that this myth becomes very much a fact every April and May as we line up to test ourselves against our teammates and other American crews. This year was no exception and may go down as one of the wackier regattas in terms of weather and circumstance.

Due to high winds, the majority of the already limited practice windows were canceled during race week and crews were confined to training on land as they prepared for racing. Over the course of the four-day regatta, heats were canceled, races were delayed and moved, boats took on gallons of water and oars literally snapped as crews fought down the 2,000-meter course against waves and 15-20+mph gusts to try to make it across the finish line first.  As I already mentioned, it was a wacky regatta.

Staying together for three years now to build the women’s double is a very foreign concept in American rowing. It’s an experiment and approach that is working well for us thus far, although it is not without its challenges.

Coming into the NSR as the incumbent boat–in any event–you do have a target on your back. You’re the boat to beat and the one with something to lose. To many, this can create a lot of pressure and perhaps take you out of your game, away from your focus. You go to the line just like every other crew, in our case with four sculling blades, a shell, and two moving seats. All that matters is getting across the line first. It doesn’t matter if you’re an Olympian or a novice, or how many National Teams you’ve been on. All that matters is getting across the line first. There is no if, there is no should or could, it’s about just doing in that moment.

The Final went well. Not great, not bad, but enough. We knew that the other boats would start out fast, so we just stayed as relaxed as we could and made sure we pushed away with every stroke once we hit our base rhythm. It was windy, very cold, and the water was a bit bumpy–we had one or two mishaps with our oars (well, I had one or two mishaps), so we just decided to cruise to make sure we held the lead that we had gotten in the first half. We ended up winning nearly six seconds ahead of the second place crew. You can rewatch all the excitement of the 2015 National Selection Regatta HERE.

Two days after winning the NSR we were back on the water, training hard and preparing to qualify at the World Cup II in Varese, Italy June 18-21. We celebrated the NSR victory briefly, knowing the summer racing was only weeks away and would bring faster boats and higher stakes.